What Surgical Procedures Are Used To Treat Periodontal Disease?

When proper dental care is not a part of a person's daily routine, it often leads to periodontal disease. Unless this disease is treated, it can result in a loss of teeth and painful, irritated, bleeding gums. Sometimes a deep cleaning of the teeth and gums can reverse the damage caused by periodontal disease. However, for more severe cases, surgery may be necessary. These are the surgical procedures that are commonly performed to treat periodontal disease.

In pocket reduction surgery, the gums are cut and lifted back to reveal any areas where bacteria may be located. Any existing tartar or bacteria is scraped away. If there is also damaged bone under the gums, it may also be filed down to give it a smooth surface.

The gums are then pulled tightly around the teeth and sutured in place. This surgery substantially reduces the pockets in the gums where bacteria and tartar may develop and cause further damage to the teeth and gums.

Bone grafting is done by removing the bone that has been destroyed by periodontal disease and replacing it with new bone. The new bone fragments may be made of the patient's own bone from other areas of the body, synthetic bone, or donor bone. By grafting in new bone, the teeth become more stabilized as more bone is regenerated naturally.

Soft-tissue grafting is also performed for those who have severe periodontal disease. This is done by taking soft tissue from the roof of the mouth and stitching it in place where the gums are damaged. As the grafted tissue heals, the gum tissue becomes thicker, and receding gums are filled in.

Guided tissue regeneration is performed when the bone that supports the teeth has been destroyed by gum disease. This is done by surgically placing a mesh fabric between the bone and gum tissue. This encourages proper growth of the bone by keeping the gum tissue from growing into the area where the bone should be.

Before using surgical treatments for periodontal disease, the dentist may first perform a nonsurgical procedure called scaling and root planing on the affected gums. This involves numbing the gums with a local anesthesia and then scraping away the plaque and tartar that is located above and below the gumline. Bacteria is also removed by scraping the roots of the affected teeth smooth as well. Click here for more information. 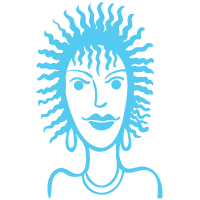 From the time I was a young child, I had always had healthy teeth. I brushed and flossed daily and always visited my dentist every six months for a dental cleaning and check-up. When I was in my mid 20s and was offered a job that required frequent travel, I was excited! However, I soon found myself neglecting my oral health and cancelling dental appointments when my company needed me to travel to a new job site with short notice. When I got my first cavity in years, I knew it was time to make caring for my teeth a priority during travel. I have since learned many great tips and tricks for keeping my teeth healthy, no matter what my schedule entails, that I am eager to share those with others who need the help on my new blog, along with general dental advice!

Read in about 2 Minutes